One day, LifetimeVibe founder, Vicki Honey, was walking through the local grocery store when she saw an old friend. He was bent over and hobbling on a bad knee. She spoke with him for a few moments and left saddened for his poor state.  Some months later, Vicki met the same gentleman once again, this time he was in good health! He walked briskly toward her and she stood in amazement. Vicki asked what had made such a dramatic effect on him. “Whole body vibration!” he exclaimed. Vicki talked at length with her newly-rejuvenated friend. Afterwards she went home and began to research what it was and how it worked.  Some years later, Vicki purchased a vibration platform when she began to feel what she thought was the “wear and tear” of old age. Soon she saw the benefits and was convinced that whole body vibration could help others as well. 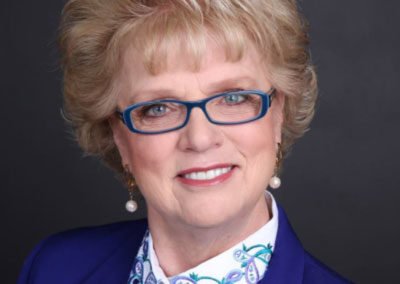 Initially, Vicki hoped her new machine would simply help her exercise. However, she quickly discovered other unexpected benefits. First, her hip pain significantly diminished, followed by decreased pain in her sciatica and lower back. Then she noticed she was sleeping better and felt more focused and productive. As her legs and back got stronger, Vicki wondered if the machine might help her 90-year-old mother and disabled father too. Vicki parent’s had equally amazing results from the machine. After struggling with poor health, incontinence, and a lack of energy, Vicki’s mother became more vibrant, gained control of her bodily functions, and regained strength. Her father gained mental acuity and improved his muscular strength. The success was just too good to keep to herself and Vicki began telling friends, family, and neighbors.

As more people began to try the vibration machine, Vicki received many questions about other health challenges whole body vibration platforms could address. As Vicki dove into scientific research and medical data published on the effects of whole body vibration, she discovered that it also improves circulation, hormone production, balance, bone density, varicose veins, cellulite and dozens of other concerns. Vicki eventually realized that the machine she was using wasn’t the best design for senior citizens. Vicki herself was over 60 and understood all too well the challenges of aging. Several other seniors who purchased the vibration platform pointed out problems with the design and engineering of the platform. There were too many buttons, too many annoying beeps, too hard to transport, too high to step onto, too loud, too jarring etc. Vicki documented and relayed to the manufacturer all the suggestions and reviews that were pouring in for the design of a better machine. When the Manufacturer of the vibration platform wouldn’t make the changes, Vicki decided she would do it herself. She would create her own whole body vibration machine that would incorporate all the wishes and needs of her enthusiastic customers. She would manufacture her machine in the USA with American parts and labor. So at an age when most people are thinking about retiring, Vicki Honey started her own company–LifetimeVibe. 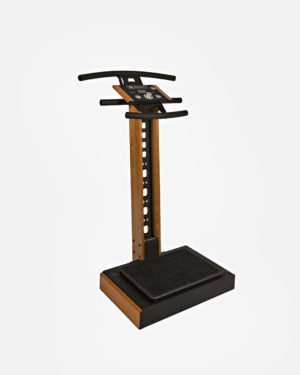 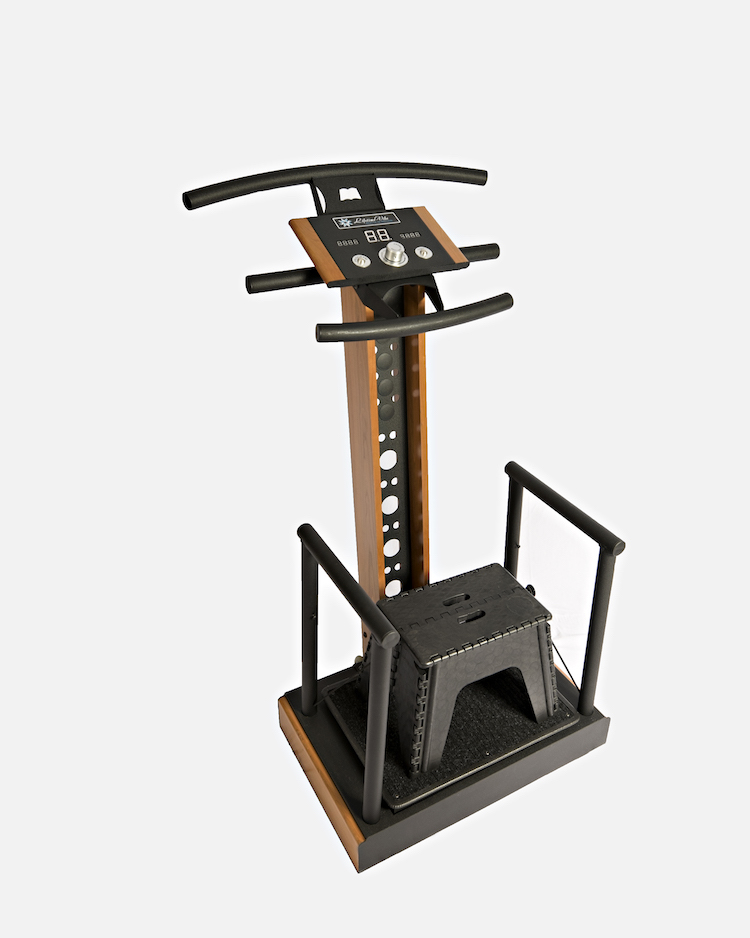 After a year of engineering prototypes, testing designs, and finding the right engineer, the whole body vibration machine Vicki had in mind was complete. The machine was the best of the best, with quality craftsmanship and style, and perfect for seniors. Vicki sold her first three prototypes to Chiropractors for their patient’s rehabilitation. In fact, the very first machine Vicki delivered, #0001, is still in service in a chiropractor’s office today!

Sales have grown and Vicki’s LifetimeVibe Whole Body Vibration platforms are in homes, medical offices, sports venues, and many other places all across America. Thousands of happy, satisfied, and healthy customers are a testimony to Vicki’s pursuit of excellence. LifetimeVibe’s success was marked by selling the first 1,000 platforms without a single unit returned due to customer dissatisfaction.

Through the years LifetimeVibe has continued to be a great success. Vicki has since retired and sold the company to a new family, Varden and Becky Hadfield. Varden and Becky are equally dedicated to the success of LifetimeVibe and hope to spread awareness of the healing of whole body vibration.