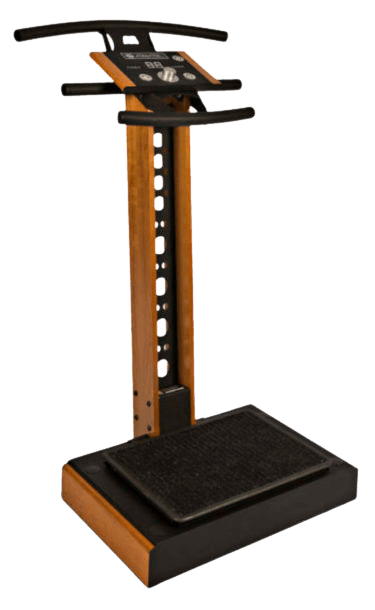 Can a product truthfully claim to be the “Fountain of Youth”? There may be a machine that has accomplished something similar, while it has changed people’s lives. This product is not the result of secretive scientific development nor is it the result of some magic chemical concoction. It is the brainchild of a woman who started a company at the age of 65 because she saw the way to improve the lives of those around her.

Finding and Fulfilling a need

Vicki Honey was the first to see that the technology of Whole Body Vibration could be adapted for use by seniors. With experience selling other manufacturer’s Whole Body Vibration products, Vicki found the designs and engineering in the other products weren’t compatible with senior citizens. There were too many buttons to push and too many annoying beeps. Vicki decided to invent her own version.

LifetimeVibe is a company that makes the aging process easier to accept and less painful to endure. Most retirees look forward to an active lifestyle until the symptoms of old age begin to show up. Mobility, flexibility, and activity aren’t on anyone’s list of items to focus on as they go from middle age to old age, but they seem to show up nonetheless.

Risk, money, frustration, and perseverance all contributed toward LifetimeVibe, but their success was marked by selling 1,000 platforms, and not having one single unit returned due to customer dissatisfaction. Success was marked by a company that is and always has been debt-free. Success is marked by the dozens of testimonials from happy customers who feel their lives have been made so much better because of Vicki’s vision and tenacity.

One thing Vicki wanted to ensure was incorporated into her company was her desire to have everything American. She felt making her machine in America, using US-sourced components, and employing American workers was the only way to go. The building of an organization that focuses on the needs of elderly Americans and offers them real solutions to their aches and pains is a testament to the spirit of entrepreneurialism in the United States and a declaration that age is not a factor when it comes to great ideas and the people who can take them to success.